Films and more films this week!

Alliance Française de Bath is running its cineclub next Friday. They are showing Quai d'Orsay by Bertrand Tavernier with Thierry Lhermite as Alexandre Taillard de Worms, French minister of Foreign Affairs ( ministre des Affaires Etrangères), who tends to create chaos around him. Raphaël Personnaz plays Arthur, who has just graduated from the prestigious National School of Administration ( l'ENA, l'Ecole Nationale d'Administration). Arthur has now joined the ministry of Foreign Affairs as a speech writer, he has to cope with unhelpful, ambitious colleagues ( des collègues ambitieux et peu serviables) and his boss, Thierry Lhermite who keeps changing his mind! ( qui change d'avis constamment).
A lively and enjoyable comedy: For more info... 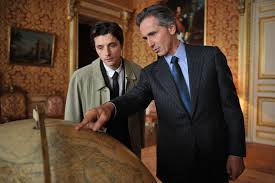 The Watershed in Bristol is showing Dheepan for another week. It is a drama by French film director Jacques Audiard ( Un prophète; De rouille et d'os). Dheepan is a young Sri Lankan Tamil warrior ( un guerrier tamil) who flees his war ravaged country (qui fuit son pays ravagé par la guerre) by pretending to be the husband and the father of two other refugees. The three of them arrive in France. This film depicts the lives of immigrants as well as being a thriller.
It won La Palme d'Or in Cannes in 2015. 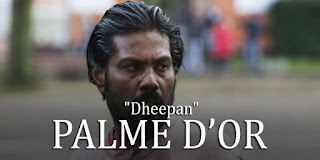 Students studying French at Alliance Française de Bristol et Bath can buy tickets for any French films showing at the Watershed at a reduced rate thanks to a password which they can get from their French tutor.
Don't miss our French intensive courses for Bath and Bristol starting soon, for more info for Bath and Bristol ...