Did you know that the next cineclub in Bath is Le Chat du Rabbin?

Alliance Française de Bath is showing its first film for 2014 next Friday and it is called, The Rabbi's cat.
It is an animation film by Joann Sfar and Antoine Delesvaux with the voices of François Morel as the cat, Maurice Bénichou as the rabbi and Hafsia Herzi, his daughter.
We're in Algiers ( Alger) in the 20ies ( dans les années 20). Rabbi Sfar lives with his daughter ( sa fille), a parrot ( un perroquet) and a cheeky cat ( un chat espiègle)  which swallows up ( qui dévore) the parrot and starts talking...... ( et commence à parler)
The cineclub is for students studying French at Alliance Française de Bath but also for everyone interested in the French language and French culture. There are subtitles in English ( des sous-titres en anglais). 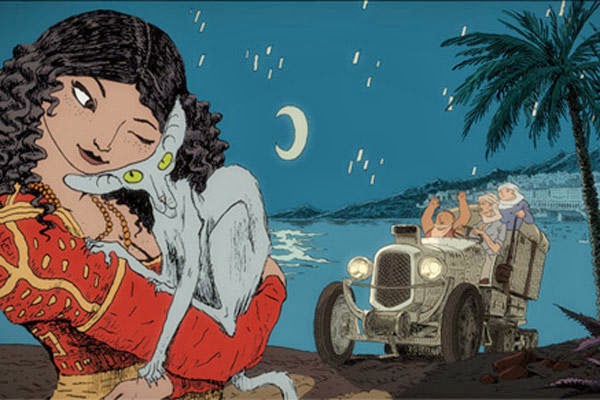 And here is the link to the trailer ( la bande annonce):


Posted by Alliance Française de Bristol at 12:51 No comments:

Do you know your French adverbs ending in ment?

In Audrey's French class, they do!
Here are some of these adverbs in the form of a poem: 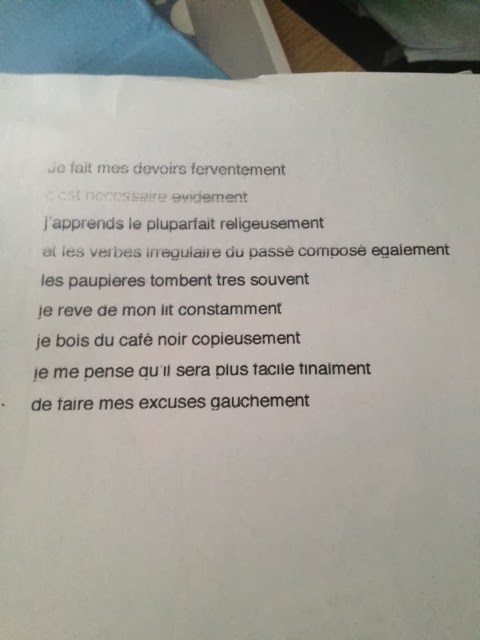 Emilie, French teacher with Alliance Française de Bristol, has organized a cineclub in Bristol thanks to L'institut Français in London through which films can be borrowed. What is really nice about this system is that we can show films which can't be seen in ordinary cinemas, so this is your only chance!!!
The film is called Tout ce qui brille. This is the beginning of a saying which goes: tout ce qui brille n'est pas or ( all that shines is not gold).
It is a comedy ( une comédie) by Géraldine Nakache and Hervé Mimran with Leila Bekhi and Géraldine Nakache. The story ( l'histoire ) is about Ely and Lila who are like two sisters. They’ve known each other since childhood ( depuis l'enfance ), they share ( elles partagent) everything and dream ( et rêvent ) of a different life. They both live in the same suburb ( la même banlieue) , 10 minutes away from Paris. But they want to be where it is all happening. They’ll do anything to step into a world which is not theirs and where everything is possible……. 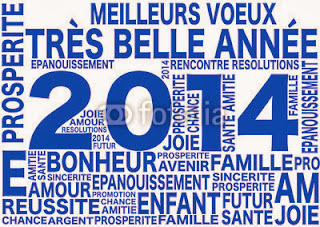 Our French courses are resuming tomorrow, we'll also have cineclubs, French cheese and cookery workshops, a French drama show and more, you can find all the details on our website. Treat yourself for the New Year:  For more info...

Posted by Alliance Française de Bristol at 17:51 No comments: