Did you know that the festival of Avignon finished yesterday? 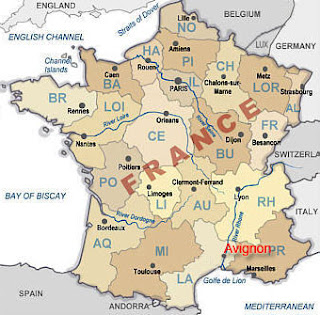 Le festival d'Avignon is the most important in France and can only be compared with the Edinburgh festival.
It was founded in 1947 by Jean Vilar, actor, stage manager and director, with financial help from the city of Avignon la cour d'honneur du Palais des Papes was turned into a theatre space.

Three plays were shown in 1947 for one week in early September, Shakespeare's Richard 3rd and one play by Maurice Clavel and one by Paul Claudel.
It was a real success and was repeated the following year with a group of actors under Jean Vilar's direction. As the festival became bigger, the fringe festival started ( in 1966) and was called  le festival off, still is.
Now the festival puts up plays, ballets, music, literature, poetry and exhibitions. there were 1336 shows this year with 1071 companies coming from 26 countries, the festival now lasts a whole month.
This 69th edition finished on 25th July. Follow this link to see the programme for the 25th July...